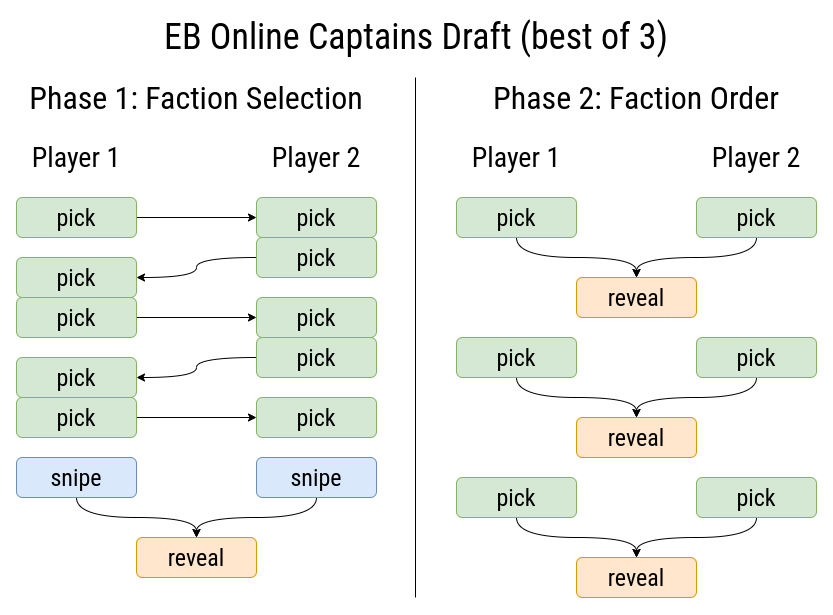 The prize pool for the playoffs is funded entirely by voluntary donations. If they can afford it, players are encouraged to contribute a small amount (no more than $25). Donations are non-refundable and can be made via PayPal, Venmo, or card.

To maintain a friendly environment, we encourage players to pause the game and point out rule violations instead of arguing later. If the players agree to continue or restart the game, they may do so.

If a player believes there has been a violation, they should privately message the League Organizer via Discord, mentioning which rule has been violated, in which replay, and at approximately which point in the game.

The League Organizer will then review the replay. If they determine that the violation was minor and likely unintentional or due to gameplay confusion, there will be no penalty. Minor violations are those that do not appear to have a significant effect on the outcome of the game.

If instead they determine that the violation was major—significant enough to potentially sway the outcome—the violating player will receive a warning and the game must be replayed.

If a player is issued 3 warnings in a match, they automatically forfeit the match.

If a player accumulates 9 warnings across the whole season (including playoffs), they will be removed from competition for the remainder of the season, forfeiting the last match they were in at the time of removal.

❗ We REALLY do not want to have to use these, so please follow the rules!

If a player violates army composition rules,they receive a warning and the game must be replayed.